A Conversation with Economist Marcus Hartley 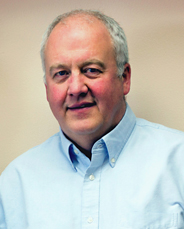 Money is a widely accepted and oft-used metric for many endeavors, including fishing. But how complete is a story that is told strictly in terms of landings and revenues by species? The Measuring the Effects of Catch Shares Project’s socioeconomic team is working to expand the suite of social and economic indicators to tell the whole story.

Marcus Hartley is President and Senior Economist at Northern Economics, Inc., and has worked on nearly every allocation, access, and catch share issue for Alaska’s groundfish, halibut, crab, fisheries since 1989, as well as fisheries economics projects on the West Coast, in the Gulf of Mexico, Western Pacific, and Northeast. He and Don Schug, also of Northern Economics, and Mike Downs and Stephen Weidlich of AECOM are examining how catch share programs affect fishermen, not just financially, but in their ability to get into different fisheries, how they operate, and how business and fishing life have changed in communities where catch shares are implemented. Marcus and his team talked about their investigation in a recent Q&A. Click here for Part 2 of the Q&A.

What are the parts of the catch share story that can be told by following the money?

There are lots of great stories, but only if you have access to data that will enable you to tell them. For example, if we want to tell stories about effects on communities or crew or shoreside business, we need to know not just where the money comes from, but where it goes. The place at which landings occur will tell us one piece. But what is also important is where does the money go after the first sale? That story can only be told with information that has not yet been made publicly available.

There is a presumption that if fish are landed in a specific port, then it makes sense that people come from that area. It’s not a bad presumption, but not necessarily correct. Once we report where the money comes from, we would like to go the next step and follow it. Where does it go next? Where does the owner of the boat live? Where is the boat based? Where do the crew live? How much goes there? Are these transactions shifting geographically with the advent of catch shares?

What will your team do to fill in the blanks in the current picture?

Ideally, we would like to obtain data from the National Marine Fisheries Service (NMFS) that assigns landed pounds and values to the owner or permit holder’s place of residence and to the homeports that are listed for the active vessels. While NMFS currently doesn’t publish these data, we have made requests for these data to agencies in the Northeast and the West Coast. From our perspective, landings by place of residence or by homeport are at least as important as the port of landing.

We assume that owners and permit holders will take a fair amount of the gross sales amount for themselves as a return on their labor and investments, and that they will spend a lot of that money in their hometown. We also think it is likely that more often than not the vessel’s crew come from the same general area as the owner or permit holder, and that crew spending will impact those communities as well. Again, it might be that the vessel owner or permit holder lives in the port of landing, but if we don’t know for sure, then there isn’t any way to accurately discuss economic impacts from a community perspective.

If there has been a noticeable shift in the places to which revenue accrues under the catch share program, then those impacts should be brought to light and discussed. We would like to see the trends of groundfish revenue accruing to the vessel owner’s or permit holder’s place of residence over time, including the years before the catch share programs were implemented.

Vessels’ homeports are similarly important. Expenditures that typically occur in the vessel’s homeport include maintenance and repair expenses, as well as moorage costs. Repair and maintenance of fishing vessels are labor intensive and generate lots of secondary economic impact in the communities in which they take place. It might be that vessels are delivering all their catch to their homeport, or it might be that under the catch share program landings are shifting away from the vessel’s homeport. We would like to document the trends in the amount of revenue accruing to groundfish vessels by vessel homeport. These trends will tell us how expenditure locations are changing, and whether and how the catch share programs are affecting homeports.

Aren’t surveys being conducted on both coasts by NOAA social scientists?

Surveys have been developed and are being conducted by NOAA social scientists for both West Coast and Northeast groundfish fisheries. These surveys include information on costs as well as on crew members. As these data are analyzed, the agency will be producing reports on their findings. We are hopeful that the reports the agencies produce from these surveys will be insightful, and we will study these reports as they are published and use them to the extent we can to add to our information about the catch share programs. We are unlikely, however, to be given access to the data behind the findings due to confidentiality restrictions, and it is uncertain whether the reports the agencies produce will answer the all of the questions that we are trying to address.

As with standard landings data that are collected by NMFS regarding these fisheries, the question is usually not whether the data have been collected, but whether the data that have been collected are assessed in a way that addresses the questions that are being asked. Since we don’t have access to the confidential data, we are often limited by the context and content of NMFS published reports.

For example, we would very much like to learn from the survey whether a vessel’s crew members generally come from the same communities as the vessel’s owner or permit holder, and it is likely that the crew member surveys will ask for information on the crew member’s place of residence, and for information about the boat on which they worked. But it is uncertain whether the analysts will go the extra distance to link the boat to the vessel’s owner or permit holder to determine whether they are from the same place. It really is a matter of priorities. NMFS clearly addresses its priorities, such as how many crew members there are, and how much they earn. But other priorities may be left unanswered.

Will your team be conducting surveys of the industry?

As an example, we had hoped to learn from agency data whether vessels that are currently active in the groundfish fishery are either more or less dependent on groundfish (relative to other fisheries) than before catch shares were implemented. NMFS catch share reports for the Northeast document that currently, participants in the sector program have a very significant level of revenue from fisheries other than groundfish. We, however, have little or no information as to whether the level of non-groundfish revenue among groundfish fishermen has been increasing over the longer term—since before the sector program was implemented—or if the groundfish vessels moved into non-groundfish fisheries after the sector program began. Since we have not been able to obtain this information from NFMS, we will need to focus a relatively larger portion of our survey work on this issue.