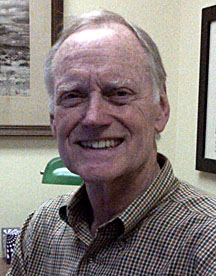 Environmental indicators are not new, but developing them in a way that makes them as trusted as the “leading economic indicators” that we all use without argument is still a work in progress.

Gordon Orians, a member of the National Academy of Sciences and Professor Emeritus of Biology at the University of Washington, has been at the forefront of ecological indicator development for more than a decade, including chairing a panel of scientists who evaluated possible indicators for the environment. More recently, Orians quipped to a conference of defense science and technology experts: “Devising and implementing a genuinely useful system of indicators is not rocket science—it’s harder.”

Among other advice Orians provides to those developing indicators is this: “Strive to make them value neutral, that is, do not design them to give grades or suggest a ‘right’ or ‘best’ answer.”

This concept is a core principle of the Measuring the Effects of Catch Shares project. “We’ve noticed that catch share programs have many proponents and opponents,” says Bob Trumble, who leads the project. “People make judgments based on personal experience, anecdotes, or limited information. We want to present the scientific information without any views on the value of the programs. That’s what we consider to be neutral.”

Trumble points out that the project methodology emerged from listening to what people wanted to know about catch shares.

“People had a lot of questions and assumptions about the effects. If we lay out information that doesn’t judge one way or the other, but shows trends, then the indicators can be used to support or oppose numerous assumptions. The advantage is that proponents and opponents are using real data to make statements and draw conclusions.” At that point, he says, it becomes a matter of interpretation rather than just opinion.

The project is funded by the Moore Foundation, which has supported development of catch share programs. Trumble explains that MRAG does not have a position on catch shares one way or the other, and intends to conduct the project as an arm’s length, independent review.

“One of the key things that we want people to consider when looking at our work is don’t judge it until you see it. As we start populating the web-based indicators with data this spring, people will be able to decide for themselves if we’ve met our goal to be objective, neutral, and scientific. If they don’t think we’re doing it right, we want them to let us know. If they think we are getting it right, let us know and we’ll appreciate it.”