Focusing on Two Fisheries with Methods Transferable to Others

Focusing on Two Fisheries with Methods Transferable to Others 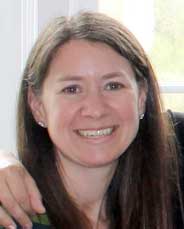 Now that initial results in the Measuring the Effects of Catch Shares Project are posted for most of the indicators for the West Coast Shorebased IFQ Program and the Northeast Multispecies Sector Program, we asked Project Manager Jill Swasey to discuss why the Project focuses on those two catch share programs and whether the findings or methods will be applicable elsewhere.

Ms. Swasey is a marine scientist who has spent considerable time looking at indicators, aiding projects in development of indicators, researching and analyzing policy and management of federal fisheries, and thinking about standardized indicator approaches that will fit a wide diversity of fisheries, marine areas, and communities.

Why is the project focused on these two fisheries, and could the indicators apply more broadly?
Although 14 catch share or limited access privilege programs have been implemented in U.S. fisheries since 1990, this Project is focused explicitly on the Northeast Multispecies Sector Program and West Coast Shorebased IFQ Program. However, we aim to create a template of methods and information that can be used broadly for other catch share programs.

We decided to focus on the West Coast and Northeast groundfish fisheries for a number of reasons. Both of those fisheries are politically, economically, and ecologically important, are undergoing major transitions, and were attempting to comprehensively address conservation and management issues for years before publication of national guidance on catch share programs. They are among the most recent to adopt catch shares, and they were implemented in a similar time span. However, the two fisheries differ in many aspects, including elements of their respective catch share programs. Given the complexity and size of these fisheries, a tremendous amount of time and financial investment was dedicated to the development of the catch share programs.

While this Project was designed with a focus on these two fisheries, the broader framework of indicators and metrics that we have developed is applicable to any U.S. catch share program. The Project has identified a methodology and priority indicators to examine changes in the two fisheries resulting from the implementation of catch share management. The Project is aimed explicitly at uncovering nuanced changes in the two regions, with an emphasis on eliciting information that would address issues of importance to fishermen, communities, scientists, managers, and others connected to these and other rights-based managed fisheries. The suite of indicators, however, is designed to provide a tool to measure the effects of any rights-based management program in a commercial fishery and provide stakeholders and managers tools with which to judge both effects and effectiveness.

Are the two fisheries and the programs similar enough to be compared, or will the project draw lessons from their differences?
In many respects the Northeast and West Coast programs have fundamental differences. A major distinction for the Northeast is the creation of voluntary sectors whose members have collective responsibility for staying within annual catch limits rather than employing individual quota shares. In fact, the Northeast Sector Program is not considered a limited access privilege program as defined by the Magnuson-Stevens Act. The West Coast Shorebased IFQ is a catch share program under the agency definition, and it has evolved opportunities for coops as well as individuals to hold shares.

Some other differences between the programs include variations in reporting requirements, observer coverage, accountability measures, and the costs and responsibilities associated with monitoring and managing the fishery.

While this Project won’t be comparing the fisheries to each other, we are looking at what stakeholders and fishery managers expected, predicted, and hoped would result from the programs, and whether those expectations came about. As discussed by Tim Essington in the conversation Probing Ecological Effects of Catch Shares, it is a challenge to determine whether any particular change is a result of catch shares. We’ll look at a collection of indicators and then say whether or not the outcomes are consistent with expected changes.

What new results can website visitors expect from the Project in the coming months?
In fall 2013, we released interim results for the baseline and preliminary years of the West Coast Shorebased IFQ Program, and we did the same for the Northeast Multispecies Sector Program in early 2014. Those analyses were based on publicly available data. We are now working with the National Oceanic and Atmospheric Administration (NOAA) to fill our data gaps, and we will provide updated analyses across all indicators as results become available. These rolling updates will allow us to release results as data and other useful information become available, such as release of updated stock assessments, which do not occur on a regular schedule for all stocks. The next few years of the Project will follow current and emerging stories to rise out of these fisheries and take a closer look at related effects not captured in our indicators, such as enforcement and program design.