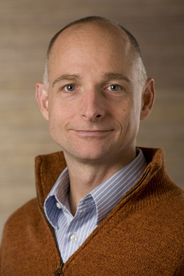 It is no secret that fishery managers manage people, not fish, and Tim Essington has been looking into the connections among management, people, fish, and the marine system for a long time. A member of the Measuring the Effects of Catch Shares team, Tim is looking at how fisheries policy affects fishing behavior, and how changes in behavior may affect conditions in the marine environment.

Essington is an ecologist whose research focuses on interactions between human activities and marine food webs, and on the effectiveness of fishery management approaches. He and colleague Trevor Branch, both at the University of Washington, have been part of the project team since the beginning. Tim described their work in a recent Q&A.

Your group is looking at ecological changes in two fisheries over a period of time, including after catch shares were implemented. Generally, catch shares are credited with economic changes. What kinds of ecological changes will you look for?
We are primarily focusing on ecological changes that are associated with shifts in fleet behavior that coincide with catch shares. Based on the scientific literature, we know that going from the “race to fish” to catch shares fundamentally changes fishing behavior on the water. It changes the incentive structure for fishing practices. We’ll be looking at the attributes that are the most sensitive to these changes—where people fish, how they fish, when they fish—to see if they translate into ecological perturbation of marine systems. Do they create new ones? Relieve the ones that are already there?

What would be an attribute you will examine?
One example is a skipper’s or fleet’s ability to avoid areas that lead to lots of discarded bycatch. When the race to fish is eliminated, people can be more careful choosing where to make sets and to conduct test sets, focusing on the habitats of what they are trying to catch and avoiding areas known to have concentrations of things they don’t want to catch. None of that is possible when everyone is racing to catch the biggest slice of a limited pie.

Catch shares are one of many tools managers may use in a fishery. How will you attribute any trends in catches, discards, biomass, habitat condition, or other ecological metric to the catch shares program, rather than some other action?
In a perfect scientific scenario, what we would do is have a large collection of fisheries, randomly select half, do catch shares in those, no catch shares in the other half, then track how they perform over time. Of course that’s not possible. It is even more confusing, because implementation of catch shares coincides with other changes in management such as annual catch limits or requirements for observers. All of these affect changes in fishing behavior and how strong an inference we can draw. So we work with hypotheses that have emerged from the scientific literature and test them across a suite of indicators. How many assumptions about how things would turn out, based on a particular hypothesis, are upheld? How many are not? But it is still a challenge to determine that any particular change is due to catch shares. We’ll look at a collection of indicators and then say whether or not the outcomes are consistent with the hypothesis.

Why is it important to tease that apart?
It is important to the extent that in many cases there were known multiple policy changes that happened simultaneously. If we were pretending only one thing changed, and attribute all the results to catch shares, it would be misleading.

In the Northeast, catch shares were implemented in some parts of the multispecies fishery at the same time as ACLs. Have there been similar actions on the West Coast, and how will you chronicle those in your work?
Prior to the catch share program in the West Coast groundfish trawl fisheries, there were rockfish conservation zones, the ACL rules took effect immediately prior to the catch shares, and observer coverage changed from 30 percent to nearly 100 percent. These are all significant changes happening around the same time. So we have work to do in both the Northeast and West Coast programs to try to see what resulted from catch shares and what may be attributable to other management measures.

Are there lessons from catch share programs in other fisheries that have been around longer that you can extract and apply to these two fisheries? If so, how will they guide your inquiry?
Yes. Much of what we are looking at follows from British Columbia’s multispecies groundfish, whiting, and similar fisheries. We can see a consistent pattern of changes in the way the fleet operates throughout the fishing season. There were opportunities to solve environmental problems that fishermen not able to do when racing with each other.

For example, investments in methods to reduce bycatch in fisheries such as pollock, halibut, and sablefish were made possible by capacity and a stake in the outcome. What drove these changes are actions that would likely be triggered by fleet behavior in the first place. With the security of a durable access right, and assurance that the investments they made in research were going to benefit them, not someone else, they were able to do it.

How do the indicators in this project differ from government reviews?
We are looking beyond the goals of the programs to look for other incidental, additional effects, such as habitat effects. In the case of the West Coast, our interests are aligning strongly with those of government scientists, and we will collaborate with them on every piece. In the Northeast, their studies will report on what is related to goals of the program itself, and we hope our work will illustrate whether any additional benefits have accrued beyond the FMP goals.